Latest News
Home /Polishing Your Car With An Electric Polisher

I’ve had a good week of car sales, with my MX5 and Subaru Outback going to new homes quickly on eBay. I’m selling as too many cars and two home extensions eating cash! The MX5 needed a decent polish before departure, and I’d set today aside to get stuck into it. The weather was excellent, so I did it outside the back gates. Car cleaning equipment is available at Waxit.com.au, leather conditioner is my favorite.

My M3 (above in MOT last weekend by Rob at Racing Restorations) was hurriedly polished after its respray last year and it looks crap. I had a few run-ins with the paint shop we used during and after the work, so I decided to sort it myself. I’m no stranger to polishers, having started my career as a valeter. I have an air-powered CP dual action sander/polisher, but air is a pain to polish with, so I went hunting for an electric machine.

I eventually nabbed an almost unused DAS Pro 6 dual-action polisher kit with Mezerna polishes on eBay and stashed it with a bunch of pads and other compounds in the garage. Not paint corrected the M3 as yet, but I dragged the DAS 6 Pro out for the Mazda this morning.

Our Miata is solid Mazda Red, so had oxidised quite a bit over the summer. It took about two hours to compound it using the dual action machine polisher, a foam pad and Meguiars Ultimate Compound, before finishing with hand-applied Zymol glaze. It came up an absolute treat: so good I felt like keeping it! The new owner will adore it for sure.

The MX is not leaving until next week, so I put that away under cover. The sun was still lovely, so I dragged out the hosepipe and washed the Cayenne, which has been doing sterling service shifting all sorts of building materials, with the trailer and without.

It’s the first time I’ve washed the Big Pig myself and it came up OK, but I was reminded of numerous marks in the paint. In its previous life, my V8 had vinyl signwriting over it, and there was still some vinyl adhesive and a lot of rub marks where solvent was used to shift glue. I’ve been meaning to sort this since buying it. It was time to hit the Cayenne.

I dried it with compressed air, a Meguiars water magnet drying cloth and some microfibre towels. I decided not to clay the paint, just wiped the panels down with Autoglym Intensive Tar Remover, which also removed the last bits of vinyl adhesive.

I had forgotten what a relief it is to abandon the phone and Internet and just escape into cleaning a car, so the job was quite enjoyable. I tried a few different polishes on the Basalt Black metallic paint, eventually settling on Menzerna Fast Gloss FG500 with a hard foam polishing pad as the best combination.

I used Farecla G3 scratch remover on a separate hard pad for the longer scratches down the NS (from hedges down our country lanes), and also for fingernail scratches around the tailgate release and driver’s door handle. The tar remover did a good job taking wax off where the DA caught the edge of plastic trim: no need to mask off the edges etc as I wasn’t going too hard and the dual action polisher is quite safe.

I didn’t go all-out for a perfect finish – I was working outside with just an afternoon’s worth of light and no clay treatment, so not much point – but the Fast Gloss on a moderate polisher speed gave a great finish quite easily. Once buffed with some microfibres, I topped it off with hand-applied Dodo Juice Blue Velvet hard wax, specially made for dark paint. Just put it on with your hands and wax off with a soft terry cloth.

I’m not going to turn this into a Detailer’s World anorak photo fest: you’ll have to gauge the shine from my iPhone pics. I’m really delighted with the result: thumbs up for the DAS 6 Pro Dual Action polisher and having a load of different polishes to try.

Tempted to have that big boy off you when the day comes.

It’s a great car though, really love it. Spoke to a guy tonight whose TR7 V8 is doing less than half the MPG of the Cayenne, and the Big Pig is 2.5 tonnes plus a slightly bigger engine! All in all, can’t fault it. 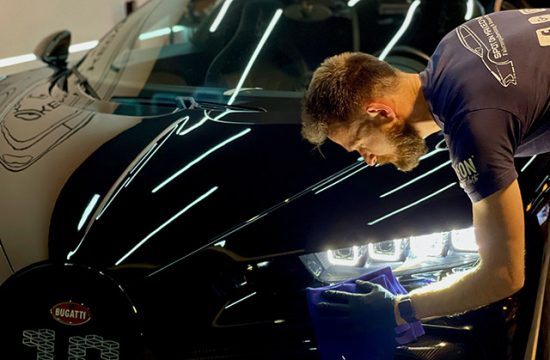 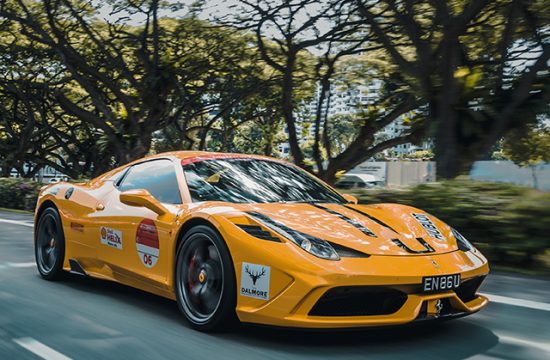 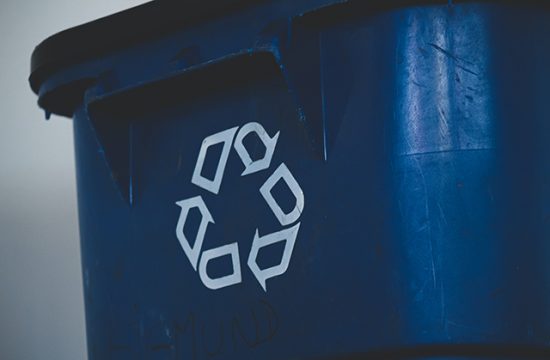